Jovian allows you to upload and share Jupyter Notebook instantly with a single command, directly within Jupyter. Make sure you’ve completed the installation before reading further.

Step 1: Import jovian by running the following command within a Jupyter notebook.

Step 2: After writing some code, running some experiments, training some models and plotting some charts, you can save and commit your Jupyter notebook.

When you run jovian.commit for the first time you’ll be asked to provide an API key, which you can get from your Jovian (or Jovian Pro) account. 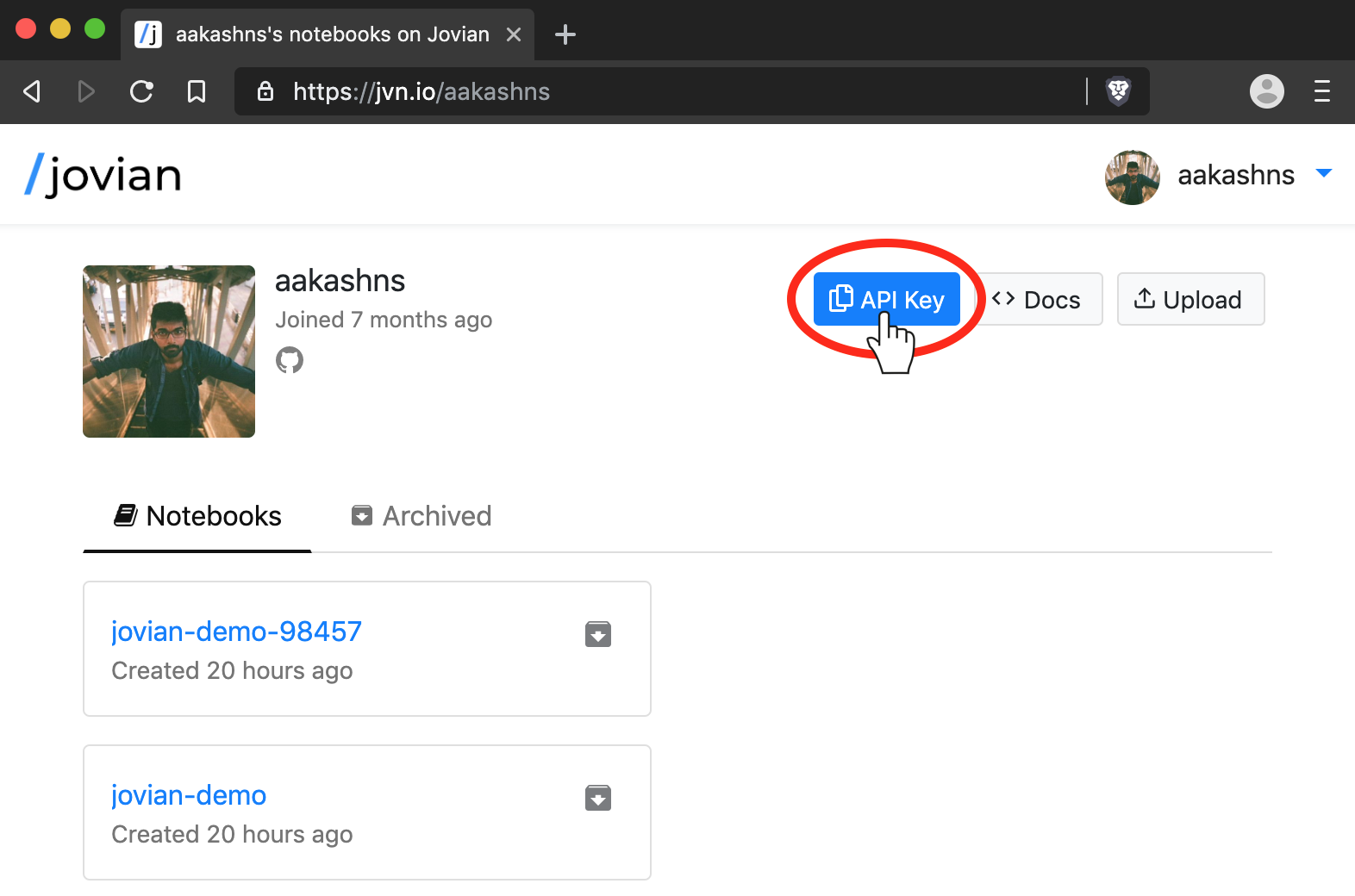 For more features of jovian.commit and API reference visit Commit.

In certain environments like JupyterLab and password protected notebooks, jovian may not be able to detect the notebook filename automatically. In such cases, pass the notebook’s name as the nb_filename argument to jovian.commit.

Create a New Notebook imported from any hosted URL which points to a .ipynb file (Github/Gitlab/….) Example: Retrieving raw URL from a notebook uploaded to Github. Easy sharing and collaboration: Just copy the link to share an uploaded notebook with your friends or colleages. Your notebooks are also visible on your profile page, unless you mark them Secret. You can also add collaborators and let others contribute to your project (learn more).

Cell-level comments and discussions: Jovian’s powerful commenting interface allows your team to discuss specific parts of a notebook with cell-level comment threads. Just hover over a cell and click the Comment button. You’ll receive an email when someone comments on your notebook, or replies to your comment. 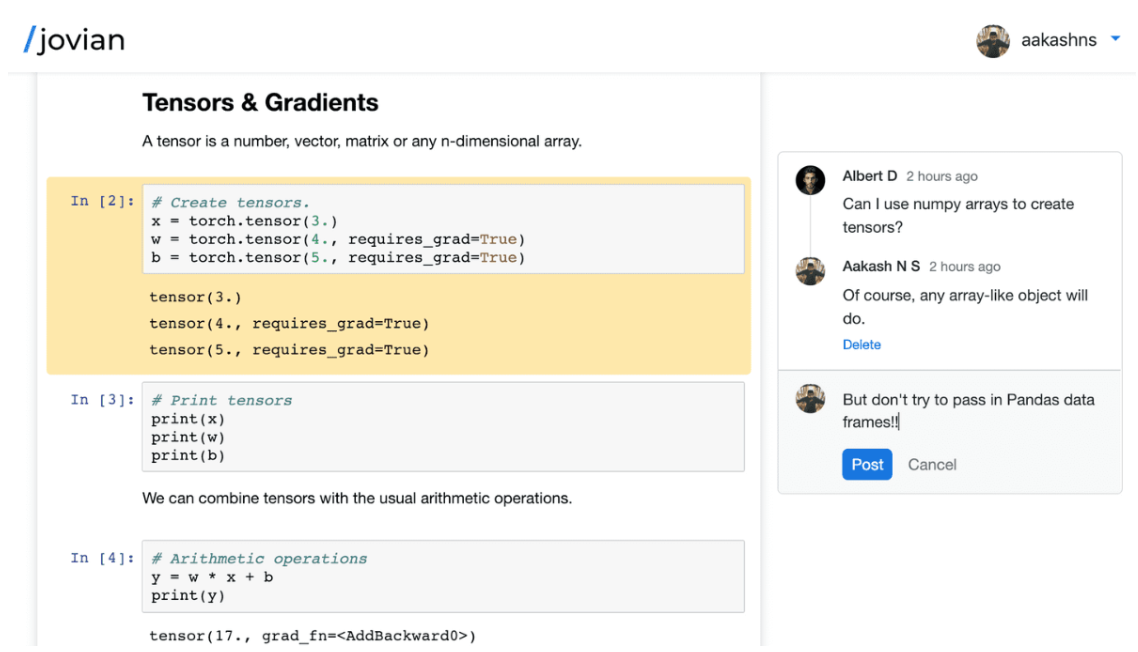 End-to-end reproducibility: Jovian automatically captures Python libraries used in your notebook, so anyone (including you) can reproduce your work on any computer with a single command: jovian clone. You can also use the ‘Run’ dropdown on the Jovian notebook page to run your notebooks on free cloud GPU platforms like Google Colab, Kaggle Kernels and BinderHub. 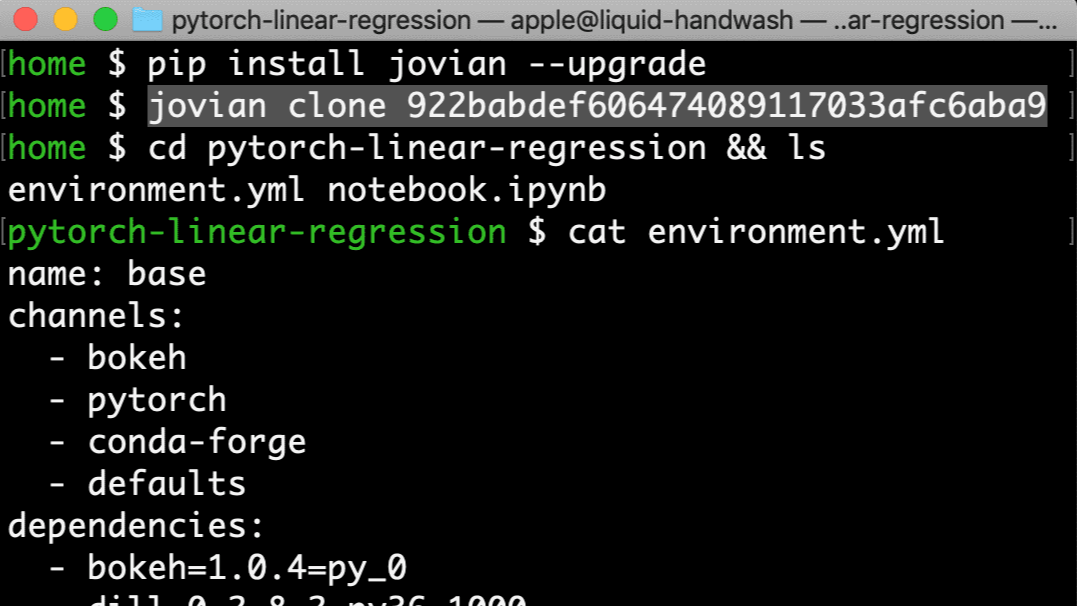 This is just a small selection of features that Jovian offers. Continue reading by clicking the Next -> button to learn more, or use the sidebar to jump to a specific section.